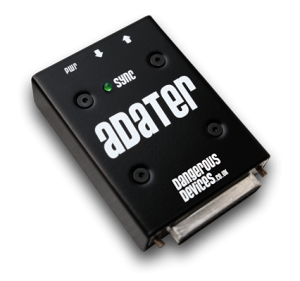 I have developed this interface in 2011 because I had two M-Audio DELTA 1010 sound cards at the studio, gathering dust. Later, it seemed to be good idea to sell them. But I have never managed to make and sell many ADATERs therefore the price stayed too high.

After two years, in 2013 the manufacturer Wavefront Semiconductors has stopped producing the ADAT chips. I would have to buy even more expensive IC’s from people who bought the remaining stock. Therefore I have decided to end the production of ADATERs.

However, I have also decided to reveal the secret and make it public. Unfortunatelly (and this may sound unbelievable) my old PC’s power supply badly died and blown my hard drive with the only copy of the schematics and all the documentation. The only bit I have left is the PCB design, which I send to my mate when he was making the PCBs for me. It looks like this: 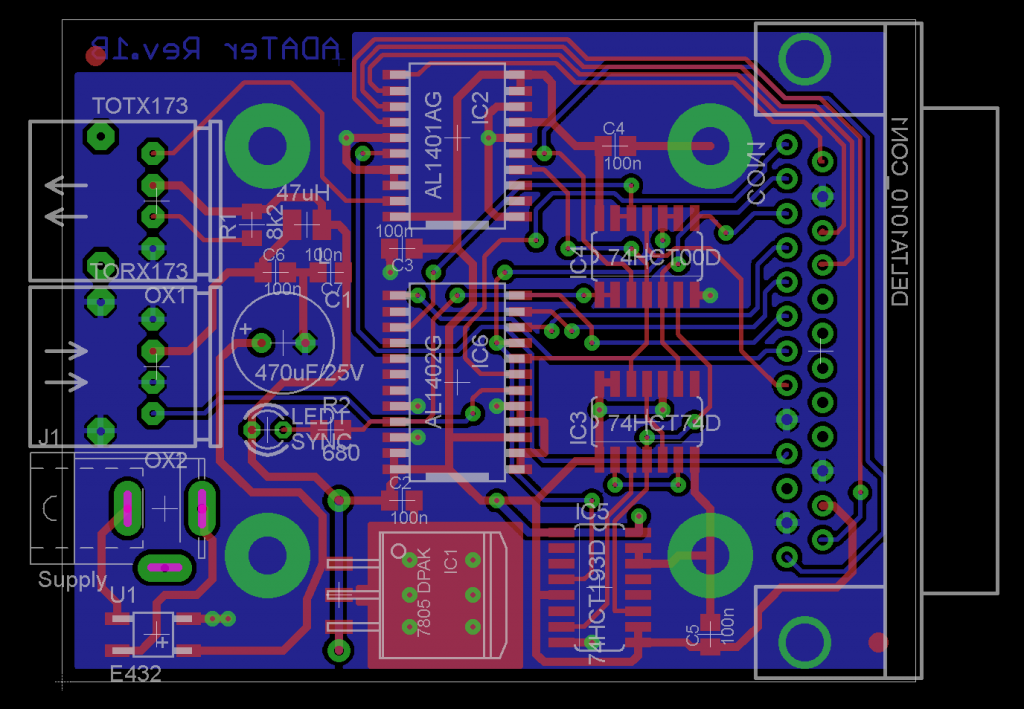 I don’t remember all the details but I thought these few points:

The whole device is so simple it works on the first try. Have look at the datasheets, especially the OptoGen and OptoRec will tell you a lot.

17 thoughts on “ADATER – The lightpipe interface for DELTA1010 RACK”